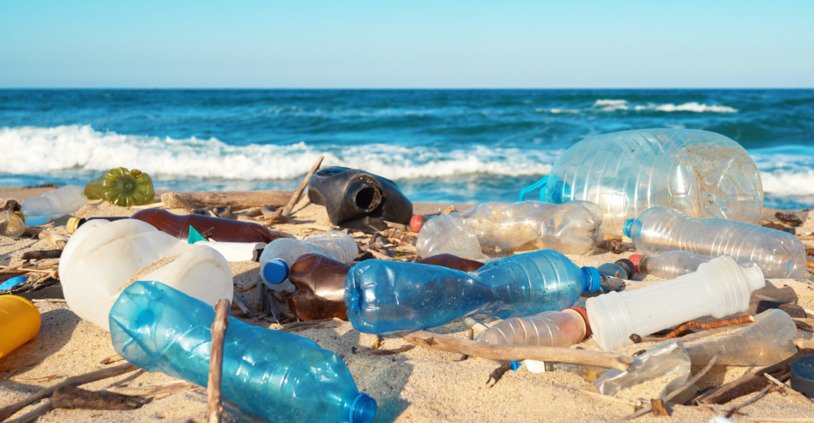 Growth and Progress in Sustainability and Recycling for 2021

It is good to see that more companies are now making products from recycled material. They are making quality products, and, with more customer demand, there is more incentive and funding to collect the plastic that is polluting our oceans and land. The scale of material sent to landfills is mind-boggling, and the effect a few people can have by finding a way to recycle a product instead of putting it in the landfill can have long-lasting effects in a positive way.

Innovators in reuse and recycling

Many of the companies are ones that you are already familiar with. Sperry is making a line of their shoes with the fabric they call BIONIC material made from recycled plastic bottles. Mohawk is making carpeting and flooring from recycled carpet and soda bottles, Nixon started by making watches, but they are expanding to shirts and backpacks made from Repreve recycled ocean plastic. National Gypsum has been recycling gypsum and using recycled paper for their drywall for almost 20 years now.

There is a growing number of companies like Eco-Wolf in Florida, who are recycling fiberglass today, from wind turbine blades to old boats and more, to be reused in concrete production, plastic products, and new fiberglass.

At least six companies are sailing ships, hauling coffee, rum, wine, chocolate, and bags made from used sails, with the goal to provide sustainable, clean shipping to customers and manufacturers who care about the entire supply chain.

Working to clean up the Ocean Plastic issue

As plastic production still increases, there is a growing issue of ocean and river plastic. This has been met with at least 12 different methods of river clean up systems around the world. There are companies like Plastic Whale in Amsterdam that sell tours in the canals where you ride in an electric-powered boat made from recycled plastic, and pick out the litter and floating plastic with nets as you get to see the city.

Then we are also seeing how Covid-19 is having an effect on nature with the discarded single-use masks and gloves. Thankfully there are innovators like Plaxtil in France who are collecting and recycling the masks into new useful products, like face shields to combat the pandemic.

In 2021, Electric Vehicles are making strong progress and battery technology is improving and becoming more affordable, the marine industry is also beginning to adopt electric-only boats. They are finding applications in coastal fishing, canal work, and even tug boats in New Zeeland and Turkey.

We aren’t here forever but it seems the plastic in the oceans is.

The World Economic Forum and the Ellen MacArthur Foundation make claims that by 2050 there may be more plastic bits, than fish in the sea.

Only about 9% of all plastic ever made has likely been recycled with 12% of all plastic waste having been burned. The other 79% has accumulated in either landfill or the natural environment if it isn’t still in service.

In January 2018, China stopped accepting 99% of the plastic that the United States and many other countries sent them. Before that, almost half of the world’s plastic to be recycled was sent to them. China also is one of the bigger polluters of the ocean, so maybe it’s for the better that we must deal with our own recycling.

According to an NPR article, nations like Malaysia, Thailand, or Vietnam, which have picked up some of what China is leaving behind, don’t have as well-developed waste management systems.

In one study in 2020, in Italy, microplastics were found in 4 out of 6 placentas of newborn babies. Plastic is found in the deepest ocean trenches and up to the top of Mount Everest. There are microplastics in most common table salt as well as drinking water.

This leaves us to deal with much of our own mess here in America. We have enough space to just put plastic in the ground and cover it with dirt, but how sustainable is that? Sadly that’s where a lot of it goes now, but as more people become aware, we can make more of a demand for recycled plastic.

How I became more aware of the problem

I learned to sail with my Dad and now I have a 1968 Colombia 22. The old guy who I got the boat from knew it needed either a lot of love or was destined to go to the landfill. It was 8 long months of nights and weekends restoring and repairing the boat. Bringing the old fiberglass boat back to life and enjoying it on the fresh waters of Lake Michigan was priceless.

But in my adventures of the beaches and waterways, I have been surprised at the number of plastic bottles, mylar balloons, and trash. With the pollution and plastic, I picked up, many times I returned to my car with a full bag of trash. Picking up trash and plastic when I find it is a good habit that I always have practiced. But it can feel like it doesn’t make much of a difference in the pollution problem.

Learning how other parts of the world live.

Now I am living in Central America, where the garbage and recycling is not treated the same as in the United states. There are many places along the hiways and roads where trash is just dumped and not covered up. I have the opportunity to go the the Pacific Ocean in a short 40 minute drive, and see the plastic washing up on the beaches.

So I have been picking up trash here and sorting my recyclables into the white bags they provide, only to see the garbage men throw the bags in with the trash. We all need to be educated better on this, we are in this together and we are seeing the effects, not just visually, of the increased foreign material in our lives.

Today, there are up to 500 chemicals in an average human body that was not found in humans before 1920. Even a year ago, I didn’t see what the big deal with microplastics was. I cared more about the big trash you can see, but as the big plastic breaks down into microplastics, the surface area exponentially increases, releasing more and more chemicals.

Like creating a new habit, we all need to make small, sustainable changes today. For me, it is starting with changing the things that I would normally buy. So I am looking for things with less plastic, and purposely buying recycled plastic products. I want my kids to have clean waterways to sail when I am gone.

Simply buying less plastic is good, but buying recycled, helps to create a demand. This demand shows the companies where they need to focus their efforts. Because if there is less need for new plastic, they will make less new. And looking for ways to get into proper recycling of your used plastic is also key. Like the Butterfly effect, we can all work together to make small differences that help clean up our plastic in the ocean and rivers problem.