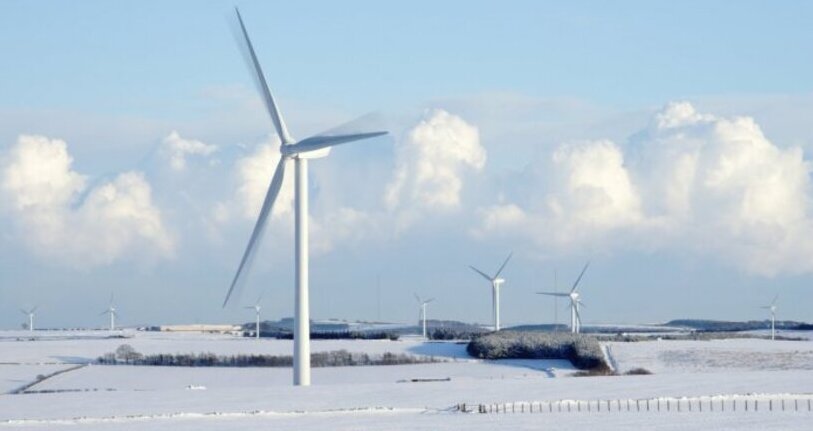 “Texas is a gas state,” said Michael Webber, an energy resources professor at the University of Texas at Austin. Today all of Texas’ energy sources share blame for the current power crisis.

There is at least one nuclear power plant that went offline due to cold weather-related issues in the plant’s feedwater system. The natural gas industry is also producing significantly less power than normal due to freeze-ups and in a vicious cycle, once the electric power cut off at natural gas processing plants, production was stopped.

With the huge demand, the line pressure has dropped at wellheads to the point that they have to shut down

“Gas is failing in the most spectacular fashion right now,” Webber said.

The extremely cold temperatures are far below normal winter norms for the Lone Star State. Many low-temperature records were broken in Houston and Austin. About half of the homes in Texas are heated by natural gas and the other half with electricity. With the sudden freeze, everyone was turning the heat up, for comfort and to keep pipes from freezing and bursting.

Wind power has received a disproportionate amount of blame for the Texas power loss, including a Wall Street Journal editorial that blamed its susceptibility to the freezing weather as an additional sign of its unreliability. Opposers of renewable energy looking for any reason to dog the technology latched on to the idea that the frozen wind turbines caused this rolling blackout.

More than half of ERCOT’s (Electric Reliability Council of Texas) winter generating capacity, which is planned to be largely powered by natural gas, was offline due to the storm, an estimated 45 gigawatts, according to Dan Woodfin, a senior director at ERCOT.

While wind power is a major resource in Texas as it supplied 23% of the state’s electricity in 2020, they know that the wind turbines don’t produce at full capacity in the winter months. But interestingly, wind had been producing a larger share than planned before the widespread outages. The wind turbines were making more electricity than they had counted on when the grid failed.

So of the total amount of power that suffered outages, wind was planned to produce 10% of the needed power, but it was able to do 13% regardless of the turbines that did ice up.

Other wind turbines in cold regions.

Meanwhile, many wind turbines are producing normal power in the northeast, Canada, and Europe, in the same weather conditions. The wind turbines in cold areas are fitted with heaters that blow hot air inside the fiberglass blades, or they have a carbon fiber layer that produces heat when charged with electricity.

The same can be said for the natural gas production in the northern states. These systems must deal with the cold without failing for 5 months every year, as well as handling the heat in the summer.

So why doesn’t this happen in other places?

The power grid in Texas is maintained as a separate grid from the surrounding states for political reasons. By not crossing state lines, the power grid is in most respects not subject to federal (Federal Energy Regulatory Commission) regulation.

“Freedom from federal regulation was a cherished goal — more so because Texas had no regulation until the 1970s,” writes Richard D. Cudahy in a 1995 article, “The Second Battle of the Alamo: The Midnight Connection.”

Self-reliance was also made easier in Texas, especially in the early days, because the state has substantial coal, natural gas, and oil resources of its own to fuel power plants.

ERCOT was formed in 1970, in the wake of a major blackout in the Northeast in November 1965, and it was tasked with managing grid reliability in accordance with national standards. While they do not cover Texas completely, they do not cross any state lines.

Their responsibility is to manage grid reliability and to coordinate with the various power distributors and power generators across the state. Because it does not provide power across state lines, the Federal Energy Regulatory Commission has no jurisdiction over ERCOT. This creates independence, but also excludes them if they cannot produce enough power, neighboring states cant help take up the burden.

Independence but no backup plan.

So, this lack of redundancy combined with record low temperatures caused the large loss of coal, natural gas, and nuclear plants power production and consequently, a shortfall of over 10GW of customer demand.

This caused the rolling blackouts across the state that affected more than 4 million people. Although some wind turbines iced up, wind power still produced more overall power than expected for this time of year.

So there is no quick fix for this issue, as it comes down to frozen gas lines and frozen generator cooling systems. This lack of power to heat homes exponentially affects the number of frozen water pipes and subsequent water damage in homes and businesses across Texas.

Even though this is a once-in-a-lifetime cold snap, I’m sure there will be quite an extensive investigation and reform plan set in place, with at least 23 dead from the cold already.

The exception to the Texas grid’s independence is that it has been violated a few times. The first time was during World War II when special provisions were made to link Texas to other grids when times were tight. The second time was in 1976 after a Texas utility, for reasons relating to its own regulatory needs, deliberately flipped a switch and sent power to Oklahoma for a few hours.

Now known as the “Midnight Connection,” started a major legal battle that could have brought Texas under the jurisdiction of federal regulators, but it was finally resolved in favor of continued Texan independence. Even today, ERCOT is also not completely isolated from other grids, because Texas imported some power from Mexico during the blackouts of 2011.

ERCOT has three ties to Mexico and as an outcome of the “Midnight Connection” battle it still has two ties to the eastern U.S. grid, though are not considered to be connected under federal law. So Texas can move power commercially as well as be used in emergencies.