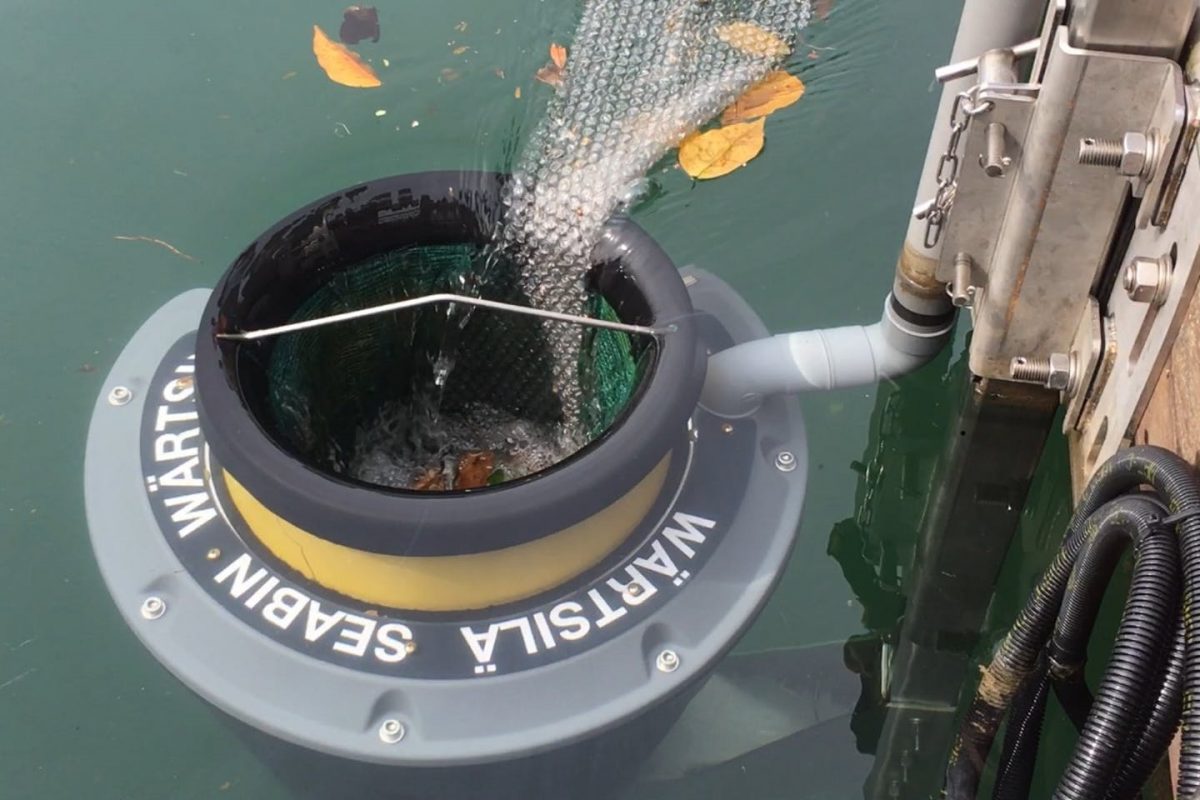 The Seabin, a Solution to Floating Plastic

Plastic pollution in the oceans is a growing problem.  Eight million tonnes of waste, most of it plastic, is added to the oceans each year. Areas of macro (big) and micro (small) plastics coagulate in naturally occurring ocean currents called gyres, forming floating plastic structures on the surface of the oceans, like the Great Pacific Garbage Patch.

Two Australian surfers, sailors, and ocean enthusiasts Pete Ceglinski and Andrew Turton, however, did not want to keep on seeing this tragedy continue without trying to make a difference.

So in 2015, they set themselves a goal to contribute to pollution-free oceans for future generations. With this task in mind, they both quit their jobs and founded Seabin. Through an impressive $260,000 USD crowd-funding campaign they were able to bring their mission to life and develop the Seabin ‘Version One’ to clean up the floating plastic.

The floating sea debris separator is used to combat plastic waste starting with ports, yacht clubs, and marinas. The Seabin is in the water and has a pump that displaces the water inside the Seabin, thereby causes the Seabin to pull water and floating ocean-bound plastic over the edge and inside it.

The water is filtered by a removable screen that captures micro and macro plastics as well as microfibers. One Seabin processes 6,600 gallons of seawater per hour, removing ocean-bound trash and microplastics, and filtering out chemical pollutants such as oil.

Experience has shown that waste of all kinds ends up in the Seabin. In addition to larger plastic parts, cans, cigarette butts, foils, and microplastic of up to 2 mm (0.08 inches) in diameter end up in the Seabin. The device can collect up to 3.3 lbs of waste per day and holds a total of 44 lbs of waste.

Stop the floating plastic before it enters the ocean

To illustrate this more vividly: A Seabin can collect up to 90,000 plastic bags, 37,500 coffee cups, or 16,500 PET bottles per year. By only skimming off the top 0.75 inches of the water the Seabin does not pose danger to marine life such as fish.

By collecting all this floating plastic near land, close to the sources that the trash comes from, it is kept from washing out to sea. There are always areas in marinas and harbors where the garbage collects, from the wind and currents. When these Seabins are installed in these hotspots, the amount of trash and plastic continuing to the ocean can be greatly reduced.

The Seabins must be monitored and emptied when full, and each owner must decide how they will dispose of the garbage and recycle the plastic. Also, the Seabins are also a good teaching tool and a great visual to show the amount of trash and plastic that is floating in our waters. Becoming aware of the problem is the first step to learning how to make small changes in each person’s life.

In 2017, Wärtsilä, a world leader in marine technology and environmental sustainability was the first big industrial company – to partner with the project. Due to Wärtsilä’s Finnish heritage, the cities of Helsinki, Vaasa, and Turku were part of Seabin pilot locations in April 2017. Since then, Wärtsilä has donated 40 Seabins in various locations globally.

Besides Seabins donated by Wärtsilä, there are approximately 860 Seabins in total worldwide and they can capture 7,965 lbs of floating plastic and debris every day.

However, the growing amount of plastic waste has severe consequences. The source of new plastic has not been shut off or even reduced yet. There has been more new plastic made in the last 10 years than in the past 100 years.  So only collecting the floating plastic is like mopping up the water off the floor but not turning the faucet off in the overflowing sink.

Considering how to counteract the plastic waste problem, the Seabin Project is proving to be the most economical and most marketable solution in direct comparison with other systems and concepts for the intention of cleaning the ports.

They are always looking to improve

Like all projects, it is a work in progress. While the bin is 100 percent recyclable, the Seabin team is still working to develop a recycled material catch-bag and has done testing using solar panels as a zero-carbon power option. The Seabin Project knows its product isn’t perfect, but it is a great step in the right direction.

As they say, ‘our vision for a better future is to not have a need for Seabins’. The Project is a practical approach to reducing visible waste in public waterways. But their aim is to collaborate with corporations, governments, and non-profits to develop and implement long-term solutions to ocean plastic pollution.

Being a sailor, I’m surprised I just heard about this project. I hope that it becomes more and more common to see these around. It would bring more awareness to the issue if every marina had one.

For one it creates a cleaner experience for the boaters in the marine. Second, it will make them think twice about the way that they discard their plastic and trash. Finally, making the small changes at their boat each week, they will start making changes at home too.